These storyboards were made as a part of a visual pitch.

What is a Visual Pitch? 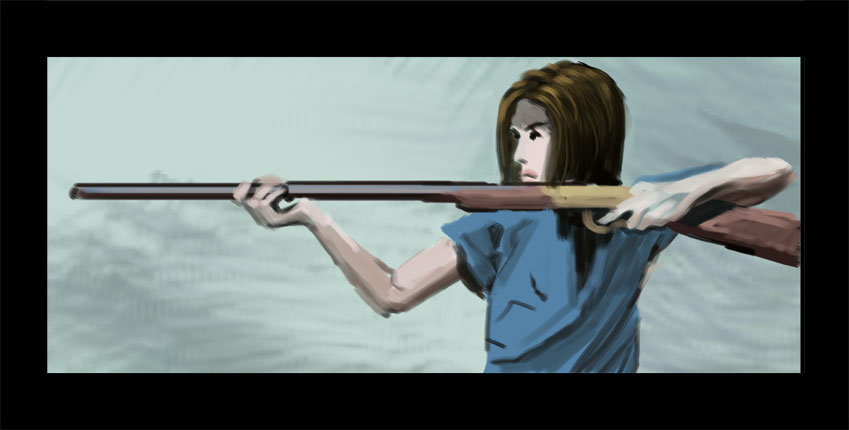 This storyboard was taken from a Visual Pitch for Fox Digital.  It represents a story beat, and was used to supplement a verbal story pitch to producers.  Story by Destin Cretton.

For a director, it is best to be armed with more than a slick speech and a clean shirt before tackling a room of would-be financiers.  The goal for the director in this situation is to communicate their vision so it can be experienced.   A Visual Pitch is the best way to do this.

How is a Visual Pitch different from a storyboard?

In contrast with a shooting board, which is meant to show camera movements and scene-to-scene changes, a Visual Pitch represents story beats.  They are in color, so they convey mood and a sense of location.  They are in more detail than a storyboard, but not as detailed as a full blown illustration.

What types of films use  a visual pitch?

In the past, Pre-Visualization work has been key in selling Sci-Fi concepts, with famous examples of Star Wars and the Matrix, but character driven stories can greatly benefit from visual development as well.  In the stories I have been brought in to work on, the Visual Pitch has been used to get the viewer asking questions about the characters, and visualize thier feelings and lives.

As an artist, I can lend my sensitivity to lighting and color to create a greater sense of mystery, convey mood, and add emotion to a story reveal.   I also conduct the initial research of visual reference, thus creating a specific time and space for the narrative to take place.