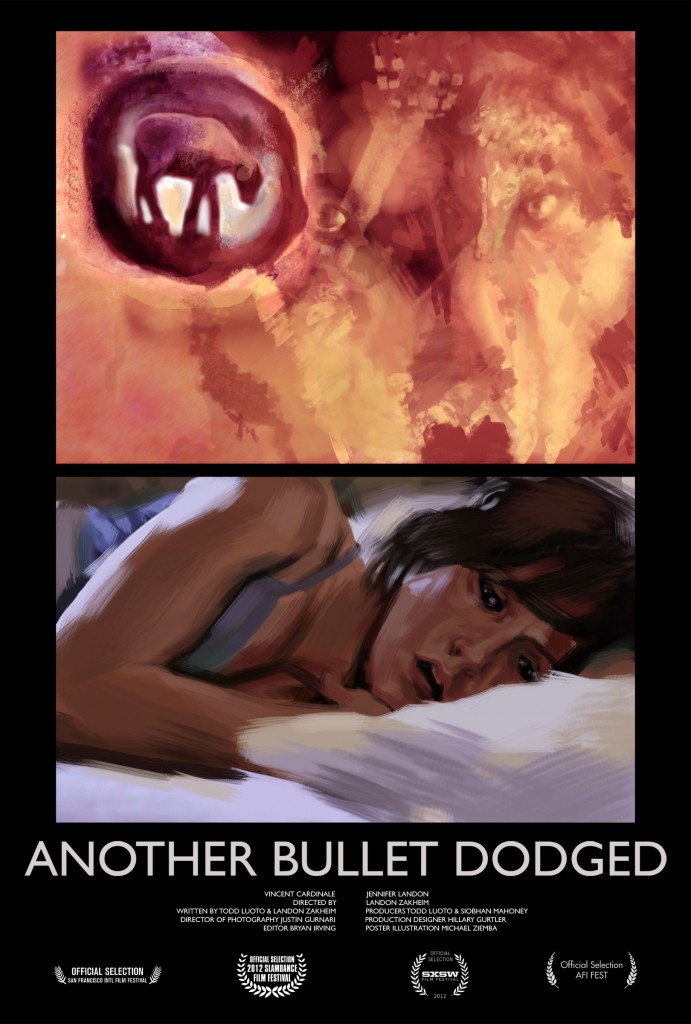 SXSW time is here again in Austin.  It’s always a blast.  See good friends, see good movies.  Plus March is the most beautiful time to be in Austin.

I was hired to make this poster by director Landon Zakheim. He described it as :

‘The story of a wolf in sheep’s clothing who thinks he is a sheep.’ A film about romance, selfishness, offspring, and dry cleaning.”   It stars Anthony Deptula (‘One Too Many Mornings’, Official Selection Sundance 2010) and Jennifer Landon (winner of three Daytime Emmys on ‘As The World Turns’).

The film was made due, in large part, to a successful kickstarter campaign, which is very cool in of itself.

The poster was created as a photoshop painting over a scanned texture. The top image, the wolf and sheep, was for the kickstarter campaign.  Later, after the film was shot, I painted the second image from a still in the film.   This was to be a possible poster image, as a standalone image,  but the director asked to combine the two for the final poster.

The poster was a part of the SXSW poster show, and it was cool to see it printed in a large format.

More can be seen about this movie on IMDB, and the trailer can be viewed on the SXSW’s Schedule Page, or YouTube.  South by South West takes over the city starting tomorrow, March 9th.